When Stuart discovers that his physical touch has far more implications than just the sensation of feeling, he goes to immeasurable lengths to save his fraternal twin sister, Alice, from a tragic fate that is out of her control. 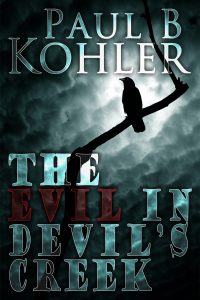 Owen knew from the start.

He should have swerved.

A road trip to visit Sheri's son turns deadly when Owen hits something in the road. What they hit, neither could be sure.

As they look for help, their fear climbs when they discover the nearby town empty, deserted . . . but only of humans.

There are others watching.

You’ll love this terrifying yet unforgettable future classic of the horror genre, because everyone loves being scared out of their wits. Almost everyone ...

A self-proclaimed geek--with a penchant for cheerleaders--struggles through a particularly unpleasant day, filled with one misfortune after another. After narrowly avoiding expulsion, Chester skips school and takes refuge at a local arcade. As he tries to mentally bolster his collapsing disposition, the pixelated spaceships take more than just his last game life. Filled with despair, he returns to the scene of the early morning incident in an effort to right his wrongs. 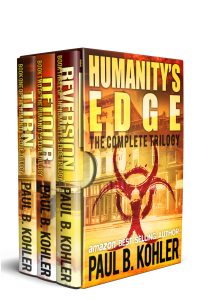 The Crazed are flesh-hungry monsters. Can civilization survive ... and escape from the Edge of Humanity?

3 books & nearly 800 pages of non-stop zombie action that readers are calling "fresh" with "dollops of violence" to satisfy even the most discriminating post-apocalyptic fan. From an Amazon bestselling author.

Will they make it out alive?

When a meteorite crashes to earth it catapults a small Utopian town into an archaic nightmare. It's up to one man to protect them, not only from the flesh-eating monsters but also from the maniacal colonel who storms in, barking orders for immediate evacuation. Clay Dobbs is the small town sheriff about to, unknowingly, take on the end of the world.

When the Crazed come for your flesh, how will you survive?

BOOK 3: Reversion -- At the end of the world ... never dismiss the unexpected.